How Float Gave Synium Control Over a Lumpy Cash Flow

How Float Gave Synium Control Over a Lumpy Cash Flow

Janet Tonks is the Office Manager at Synium IT, an IT company based in the West Midlands providing outsourced IT support for small to medium-sized businesses. As a company that also handles extensive project work, Synium needs to keep a close eye on their cash flow.

Janet says, “we need to have up-to-date figures every day in order to make sense of our finances.” Juggling a recurring income alongside project work means that staying on top of Synium’s cash flow has become a full-time job for Janet. 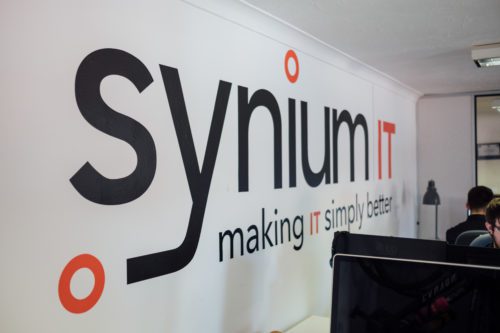 A lack of proper tools

“The spreadsheet we used was an absolute pain. It was huge, complex and involved manual data entry. It soon became far too cumbersome for us to be able to monitor our financial situation accurately.”

The recurring revenue from clients on retainer for IT support was relatively easy to manage on spreadsheets. But, the addition of intermittent project work and the associated costs of delivering the projects, made this situation completely untenable.

Janet knew she was spending too much time on the spreadsheet, checking if projects had been added or removed and she needed to change something in order to improve their financial management.

From Sage to Xero

It was a move to Xero which gave Janet, and Synium, the chance to develop and grow from inefficient methods to maintain a reliable and meaningful cash flow.

Janet says, “We found Sage clunky with too much functionality for the needs of our business and needed a new cloud-based solution with the ability to integrate other apps such as GoCardless and Pipedrive.  In addition, we wanted to have up-to-date figures every day, which is what Xero gives us.”

“Without a doubt, our move to Xero, has given myself and the directors far more confidence in the business’s financial processes”.

The simplicity of Xero allowed Janet to have confidence in her numbers and provided her with the reassurance they were no longer miscalculating their figures. Janet explains, “Whilst it’s difficult to accurately predict the project side of our business, with the monthly recurring figures we’re more in the know. We have monthly, sometimes annually, recurring invoices, and once set up in Xero they are issued automatically, which makes it so much easier to manage.”

“All our clients, at some point, want project work. For project-based businesses like ours, getting your cash flow in order means you can get the project delivered.”

From Spreadsheets to Float

Soon after, the company decided to integrate Float with Xero. 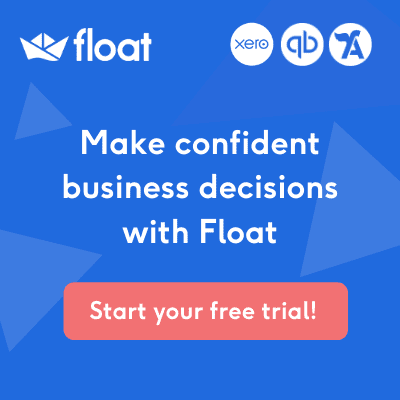 Janet elaborated on this choice: “We’d looked at Float when we were with Sage and we liked it a lot but it didn’t integrate with Sage. As soon as we moved to Xero we were free to add Float to our financial systems.”

“It’s fantastic! All our recurring invoices feed through to Float and even simple things like excluding my credit card became so simple. If we were still on our spreadsheets that sort of thing would not be a one-click fix.”

Float also makes collaboration a lot simpler for Janet and the Synium team. Janet explains, “At the beginning of the financial year I can ask the team whether they are expecting additional expenditure that I’ll need to be aware of. The directors and I can sit down and look at the cash flow graph and understand it immediately.”

With Float’s scenario feature Janet found further peace of mind, knowing that she could plan for potential changes to the way Synium runs. “As we have taken on more clients we need more staff and so we used the scenario feature to make sure that our cash flow could sustain the extra expense.”

Janet also uses scenarios to predict the impact of salary increases, or even the purchase of new vehicles for the engineers.

“As with any business owner we are underwriting the cost of big investments like new vehicles, so from a personal point of view, it’s so important for us to know our business can adapt to changes to our cash flow.”

Janet has found that the move from Sage and spreadsheets to Xero and Float has given her and the Directors more confidence in the numbers. She says, “It’s all down to Xero being up-to-date and feeding directly through to Float – it’s something we just couldn’t have done with Sage.”

Another factor which has impressed Janet is the support. “Being a service provider we pride ourselves on a first class service and we expect that from our suppliers too. On the odd occasion, I’ve had to contact Float Support and the service has been exceptional, a great bunch of people, nothing is too much trouble.”

In the near future, Janet is going on holiday with her husband. And no one likes to be thinking about work whilst being away. But, thanks to Float and Xero, Janet and her husband can now have a stress-free holiday. 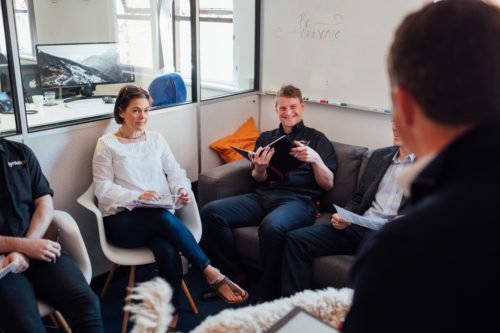 Explaining just why she’s so thrilled, Janet said: “I know I will be able to work on Xero, get all my invoices reconciled, and my cash flow will be up-to-date straight away in Float. Using Xero with Float means I can work remotely which is fantastic.”

Before discovering the integration between Xero and Float, Janet says returning from holiday, her first thought would be the time she would need to spend on getting Sage up to date and ensuring the cashflow was correct. Float, alongside Xero, provides her with the freedom and confidence that everything will be okay – even when she’s sipping sangria on a sunny beach.

See how Float can help you solve your cash flow problems and try out a 14-day free trial today!

And to find out more about Synium’s great IT support contact hello@synium.co.uk or check out their website for more information.