6 Business Villains and their Evil Ways

6 Business Villains and their Evil Ways

In light of the Philip Green pension scandal at BHS, we thought we’d take the opportunity to educate you on some of the most notorious business villains.

From revealing industry secrets to mistresses to throwing lavish parties funded by fraudulent loans, these anti heroes have committed some of most lucrative and luxurious (and rash) crimes ever recorded.

However, in May 2002, Rigas and both his sons were charged with bank, wire and securities related fraud. This involved tax evasion, underreporting $2.3bn worth of liabilities and undertaking $3.1bn worth of unrecorded loans (which they probably used to deliver their Christmas trees by plane). Rigas was sentenced to 12 years in jail in Pennsylvania, US.

The founder of this Japanese bedding and food company operated so successfully online, that he created a virtual currency – ‘Enten’, given to investors supplying ¥100,000+. Hoping to revolutionise Japanese currency, Nami was also promising investors annual returns of 36%.

However, the financial crisis of 2008 resulted in Ladies and Gentlemen paying dividends – but in Enten.Why would Nami pay shareholders with literally a 2D currency? News shortly followed that Ladies and Gentlemen’s balance sheets were not exactly in equilibrium. In fact, liabilities were 40 times greater than assets. Nami was arrested in 2010 (a live recording can be found on YouTube) for fraud amounting to ¥126bn.

Where other individuals faced consequences for keeping secrets, McDermott served time for revealing his. James McDermott JR was the CEO and chairman of the Wall Street investment bank, KBW.

‘Family man’ McDermott kept a regular mistress – Kathyrn B. Gannon. Trusting in her discretion, during a rendezvous with Kathryn, McDermott had disclosed nonpublic information about 6 bank merger transactions in 1997. Gannon consequently used this information to purchase securities in advance, reaping $88,000 in profits. However, her unusual purchase alerted authorities and McDermott was charged with securities fraud, serving 5 months in jail and barred from practice. It was later uncovered Gannon was an X rated film star.

Reis’ biggest crime before plunging a whole country into financial crisis was faking a diploma from Oxford to gain employment, resulting in a brief jail sentence (His diploma was from the  Oxford ‘Polytechnic school of engineering’ – nonexistent). Reis came from a humble background and so his visit to jail was the perfect time frame to plan the biggest fraud in Portugal – ever. Instead of counterfeiting Portuguese currency ‘Escudos’, Reis undertook a fresh perspective and approached the British company in charge of printing Escudos, posing as a government representative.

As a result, a 100 million worth of Escudos banknotes was produced, some of which Reis spent on jewellery, but a majority spent on attaining Bank of Portugal shares. Had it not been for a local newspaper looking into suspicious activity in Reis’s newly owned bank, the authorities would have missed the fact that these newly issued banknotes actually had serial numbers that matched existing banknotes. Subsequently, national panic and a major recession ensued. Reis was arrested at the early age of 28.

At a major height of technology progression in the early 2000s’, the CEO of this American based Swiss Security company invested a lot of energy rewarding himself. Unwarranted loans and illegal stock sales funded ‘executive bonuses’ and Kozlowski’s lavish lifestyle.

Whilst the CEO was impulse purchasing $6,000 shower curtains and $15,000 umbrella stands, the Manhattan D.A investigated the perhaps not so legal accounting practices at Tyco International. But at the peak of the public scandal and facing a 25 year prison sentence, Kozlowski was really rather busy throwing his wife a $2m birthday party in the Mediterranean (with guest singer Jimmy Buffet).

In fact, Bayou was so invested in fabrication, that instead of serving his 20-year prison sentence, he faked his own suicide (“Suicide is painless” was seen written on his SUV hood near a New York bridge). Alas, his supposed last message to the world did little to fool authorities who by now probably realised Israel had a tendency to lie. Unfortunately, this stunt only succeeded in extending his sentence by 10 years. 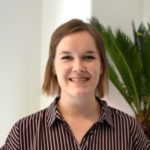